The choice of insurance carrier determines the policy you get, the level of customer service to expect, and even the claim process in case of a loss. The insurance industry has numerous insurance companies, but you can categorize them into two—admitted and non-admitted. Both carriers can sell you coverage, but your relationship with them will be markedly different.

Below is an overview of these categories of insurance companies.

Each state has an insurance agency that licenses insurance providers and regulates insurance matters within its jurisdiction. The state's agency regulates things like:

An admitted insurance carrier has the license to provide insurance services within the license issuer's jurisdiction. Once admitted, each insurance company must comply with the state's insurance regulations and laws.

The admission also means the state must step in and settle pending claims if an insurance company fails financially. Thus, you don't have to worry that your insurance company might fail to pay your claim due to financial problems.

Another advantage (of dealing with an admired carrier) is that you have the right to seek your state's intervention in case your insurance company handles your claims improperly. Say you file a claim, and your carrier unreasonably delays the determination or payment. You can seek help from the state's insurance department.

Don't forget, however, that you might not get much help from the state's insurance department if your non-admitted carrier aggrieves you. In addition, you might lose money in the unlikely event that your insurance carrier goes under.

Do your research well before settling on an insurance company. Consider your coverage needs, budget, and risks before buying an insurance policy. Talk to an insurance agent to help you evaluate your needs and options before policy purchase. 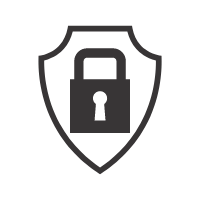